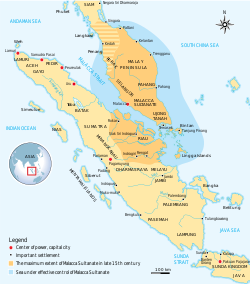 A sure sign of a troubled company is when it starts to focus on past glory and achievements. Applied to politics, it is a sure sigh of trouble when a government begins to focus on the past, instead of charting the future.

In recent weeks, our politicians have exhibited a fetish for revisiting the past. First, we claim to have never been colonised by the British, which begs the question of why and whom did we gain independence from then. Now, we have a state Chief Minister claiming that the Melaka Sultanate predates the Melaka Sultanate.

I mean, while it may be of interest to historians, I would think that our government and political leaders should be worried about where this country is going rather than where it has been. Our debt is closing on 53% of our GDP. I think that is cause for more concern than a 10% margin of error in the date of establishment of a past sultanate.

As an engineer, I can tell you that the difference is insignificant in the larger picture of human history taken as a whole. The Melaka Sultanate was a small dot in the timeline of human history stretching back ages. We have more pressing concerns like how the next generation is going to pay our debt.

Unless of course, they’re going to tell me that this planet is only 6000 years old!