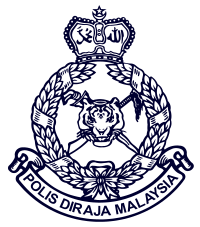 I won’t say much since I think that the police are doing a brilliant job of digging a grave for themselves. Their stories no longer fit together properly.

A news report, that quotes the actual numbers:

Commenting on the rally, IGP Tan Sri Ismail Omar said as a result of steps police had in place only about 6,000 managed to gather unlike the crowds seen in the 2007 Bersih rally.

And the general kudos for a job well done today:

Ismail also attributed the smooth crowd control to systematic and professional policing, adding that the number this time was not as large as the gathering for the 2007 Bersih rally due to the steps taken.

And the gem from TheStar archives, Nov 2007:

Yes, our police force must be the most brilliant in the world, which can say that 6,000 is less than 4,000. Goodness knows what else goes on inside such brilliant minds.

I guess that explains a lot about how they chose to handle things. I must learn mathemagic from them. Repeat to self – 6k is less than 4k… 6k is less than… 6k is… frak it.

And of course, the numbers who were arrested:

A total of 1,667 people were arrested for taking part in various rallies in the city, said Inspector General of Police Tan Sri Ismail Omar.

Take a good look at the photo gracing the front-page of the Thestar today – every third person got arrested! Wish they solved crimes as efficiently.

If they are so honest about this, I wonder what else are they honest about – like the police did not gas Tung Shin Hospital (the multi-storey gray building at the top of the hill).

He also denied allegations that the police team had fired tear gas into the Tung Shin Hospital grounds to disperse crowds gathered there.