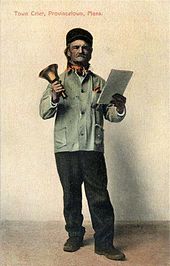 I’ve gotten so sick and tired of it over the years and I blame it all on our government’s decision to give in to a particular crier in 1999 from Sungai Petani who failed to obtain a scholarship even though he was the top student of his school while his peers got scholarships. That opened the flood-gates and set a precedent that resulted in more and more mis-steps every year after that, including radically diluting the number of scholarships over the years from 200 to 2000 students.

Honestly, I feel that this is just plain stoopid and it is definitely not sustainable. A scholarship is not a right but a privilege. If you are not happy with your scholarship, then just turn it down. It is not the end of the world.

If you line up the bunch of Malaysian undergraduates at Cambridge, you will find that there are many ways in which they made it to Cambridge. Of course, some of them had parents who could afford to send them there and many others were government scholars. However, there are also a lot of others who made it there without having rich parents nor the government’s help.

There are always options and these kids need to get creative about them.

If someone asked me whether it was right or wrong for a 4A+ student to get an overseas scholarship while a 8A+ student gets a local scholarship, I will say that right and wrong is relative. It is all a case-by-case basis. If the 4A+ student is an orang asli child and the top student of his kampung school across the last decade, then I would not deny that child a place.

Let us get one thing straight – the system will never be fair to all – it is a privilege, not a right.

This is where I think things have gone wrong. Our government has been giving out too many scholarships over the years and have very little to show for it. As a result, the kids are taking it for granted that they will definitely get a scholarship if they did well in school. This was not the case in the past when everyone understood that it is a limited opportunity that needs to be fought over.

In fact, if the World Bank report on brain-drain is to be believed, the ones we send overseas are very likely to stay overseas and even if they do come back, they will be hard pressed to contribute positively to the nation. Therefore, the return-on-investment for the country is also very limited. That money could possibly be put to better use elsewhere e.g. funding post-graduate scholarships.

These kids really need to grow up. During the 1998 economic crisis, a whole bunch of JPA scholars were ‘diverted’ to local universities. They were then forced to re-sign their contracts as the government had already reneged. Some even had to repeat their foundation years. Nobody came out to complain in the newspapers. Everyone took their lumps and these were definitely better students than the 8A+ ones today.

Kids today need to grow up.