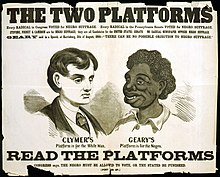 There has been calls recently from various political parties for government action against errant teachers who have allegedly uttered racist remarks in schools. While I feel that it is wrong for these teachers, who serve as role-models to our young, to behave in that manner, I do not think that there is anything that the government can do against them.

It sucks to be a Malaysian but racism is part and parcel of our very existence. We are probably the only country in the world with racial preference enshrined in its Constitution.