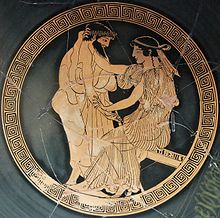 I just read this really funny article in The Telegraph about the jailing of a Palestinian man who misrepresented himself when having consensual sex with an Israeli woman.

The court heard accusations that Mr Kashur misled the woman, whose identity has not been disclosed, by introducing himself with the traditionally Jewish name during a chance encounter on a street in central Jerusalem in 2008.

After striking up a conversation, the two went into a top-floor room of a nearby office-block and engaged in a sexual encounter, after which Mr Kashur left before the woman had a chance to get dressed. It was only later that she discovered Mr Kashur’s true racial background, lawyers said.

And the reason that it is funny is because:

Kashur’s lawyer, Adnan Aladdin, said he had filed an appeal to ensure that the verdict was not considered precedent-setting, adding that otherwise “many men would find themselves in jail.”

People, both men and women, misrepresent themselves to potential mates in order to get laid. That’s a fact. Drop into any target rich environment and you will find a whole host of people from all sexual orientations who are misrepresenting themselves in various roles. It’s all about the ‘image’, is what many friends have told me.

So, it’s weird to see a court jail a guy for consensual rape (now that’s an oxymoron!) while the girl gets free of the crime as a willing accomplice. I just don’t think that she’s going to get to see much action after this since every man would need to confess everything before the act – otherwise she will cry rape. There goes all sorts of pick-up lines!

2 thoughts on “Rape by Deception”