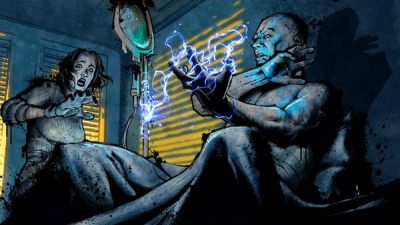 For the first time in my life – I got to see fireflies. They were quite a sight to behold. Blinking in synchrony, they light up the mangrove like Christmas lights. I was quite impressed. Being an electrical engineer, I like the whole concept of bio-luminescence. One problem that we face today is that electricity needs to be supplied. It would be great if electricity could be autonomously generated by our bodies and used to power devices.

While the bunch of us were at Kuala Selangor, we went up to visit the lighthouse as well. I cannot remember if we ever learned it in school, but even if we did, I did not know that we had a lighthouse there. It was interesting to see a tower with lights rotating and signaling the ships to stay away. It was on top of Bukit Melawati, just by the coast.

We also went for some cheap and tasty sea food of course. Over dinner, we were entertained with speeches by various local representatives of the Selangor government. They had organised a dinner at the same restaurant for senior citizens from a number of nearby villages. It was my first time at these dinners and I was quite surprised with the kinds of rhetoric being spouted.

Anyway, yesterday was a really beneficial evening for me. I learned a number of new and interesting things.