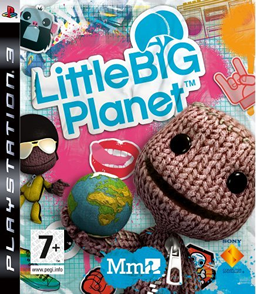 Well, I just had my first ever PS3 party today and I think that it was fun and I discovered why Little Big Planet is such an enjoyable game – especially in multi-player party mode. The game was actually designed to be played as multi-player – there are some areas of the map that can only be explored in multi-player mode. It is surprisingly addictive for a game of this genre.

It was basically an excuse to get a few friends together for a few hours. Some of my friends have not seen each other for more than a year. So, it was nice to get everyone to spend some quality time together. The PS3 is surprisingly good at being a party console, as long as the right game is used. Besides LBP, we also played Katamari Forever, which is basically a compilation of all past Katamari games with new moves and maps added. We also watch Star Trek on bluray, which was fun. Star Trek also turned out to be a very suitable film for a small party. It is mainstream enough to appeal to everyone and not just fans of the franchise.

All in all, I had a pretty wonderful day. I’ve not had a get together like this in a while.