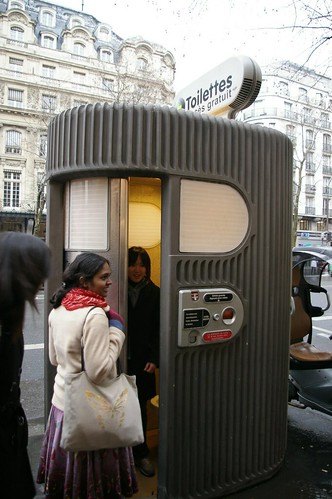 This is interesting. I have never considered my photography of sufficient quality to warrant printing but a Japanese print magazine had recently contacted me to ask for permission to use one of my photographs in their magazine. It is for a special issue of their magazine that will be coming out next month. They have been upfront with their terms, which is good:

Why I would like to use it is so beautiful and really suit for the concept for the special issue. I’m afraid it’s going to be for free although, I will e-mail the page’s PDF to you after it’s published. If you allow me to use it, of course your name will be on it as a credit.

The photo is presently published under a Creative Commons license (SA-NC-BY). I think that it is exceedingly good form on their part to actually contact me for permission in using the photograph for their magazine. There are so many companies out there who will just take your stuff and pretend that it is theirs while hoping that nobody would notice. There are also plenty of professionals engaged in such activities. I decided to grant them the permission to use the photo for their print magazine. In addition, I had asked them to send me a small amount of money to make the transaction all legit.

The photograph was received. The message is done again if there is a question concerning the photograph and others. It makes an effort about Japanese coins being possible to do. Thank you really for polite correspondence.

Now I noticed that the standards of English were not quite as good as the standard message that they sent out earlier. I did not really know if they had understood my request about the Japanese coins but I didn’t bother too much about it. If they did send me the money, I would be happy. The first thing that I found when I came home was that they had sent me a print copy of the December 2009 issue of their magazine along with my photo in it, and the bit of money that I had asked for.

This totally made my day.

PS: I had asked for a single coin of each denomination in Japan, which totals up to about RM25 (666 Yen).

One thought on “Print Magazine”