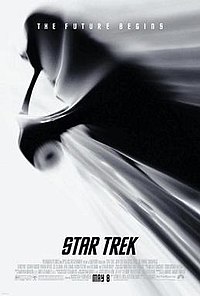 I need to draw a line at some-point when it comes to bluray purchases. This was particularly true as I had the option of getting some movies and also tv series on bluray instead of DVD. However, it would be slightly more expensive. I deliberated this a bit and decided to draw a line.

I would continue to purchase DVDs for films that were shot prior to the HD era. There are a number of old classics being re-mastered into bluray. There is no reason to purchase these in bluray because they were not shot and made for HD. In essence, the originals are just being up-sampled to a higher resolution. A PS3 can already handle the up-sampling fairly decently by adding an oil-canvas feel to the images instead of noise.

However, I made no qualms about getting the new Star Trek on bluray. I am actually looking forward to watching it on my PS3 in full-HD glory on my television. I think that I will probably organise a small gathering with some friends of mine to watch Star Trek on bluray after I get back. It’s supposed to be region free and it does not state a region on the cover. I just hope that it plays on my PS3!