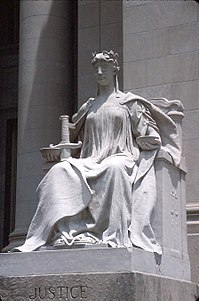 Long-time readers of my blog will already know my stand on various intellectual-property (IP) matters. However, what utterly confounds me is the practice of privately patenting inventions that are publicly funded. In most rational and civilised countries, publicly funded research would end up being put into the public-domain. However, in other places, researchers that are publicly funded end up owning the inventions and benefits from commercialisation. Personally, I don’t think that this is right for a couple of reasons.

Firstly, there is the ethical issue. It seems particularly unfair to me that the party who funded the research and made the invention possible in the first place is barred from enjoying the benefits. To me, this is quite a serious issue as patents are ultimately exclusionary – the only power that patents have is to block others from exploiting inventions. It seems rather silly that the public is unable to exploit the inventions that are publicly funded.

Secondly, there is the business issue of competition. Nobody will deny that the government has a lot of financial clout. It is part of the job of government, to throw its clout behind things that are seen as of national benefit. So, if the government decided to pump taxpayer money into bio-technology (for example), it would be able to pump in a lot of money, much more than the reach of many private enterprises. As a result, it should be able to achieve more, and if the technology is patented, it will inadvertently drive these private enterprises out of the market. To me, this is unfair competition.

That is why, in most rational and civilised countries, taxpayer funded research should end up in the public-domain, for fair consumption by everyone. If the researchers intend to benefit commercially from their research work, they should not have taken public money in the first place. There are other alternatives for funding, privately, that will cover the cost of doing research. Sometimes, I wonder what goes through the heads of these researchers when taking public money.