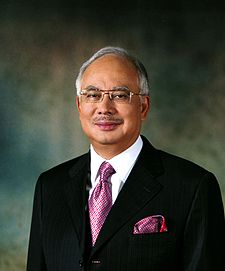 This just strikes fear into my heart when I hear our most loved and honoured Prime Minister say the following words:

Nevertheless, as we know freedom of speech is not absolute, it must come with responsibility, (because) what is illegal and immoral should be the same for both the online and offline environment,

I am totally in agreement with the fact that freedom of speech is not absolute. With great freedom comes great responsibility as well. What is illegal should be taken care of, whether it is on-line or off. However, I worry about that which are deemed immoral because, morality is not absolute either.

My dearest and most beloved Prime Minister, there is no such thing as a universal moral code. Morality is not black-and-white. What is deemed immoral by one person could very well be deemed by another to be moral. That is why I have always been against the idea of teaching a set of ‘universal morals’ in our schools to non-muslim students.

What I fear most is that ‘morality’ will be used as the yard-stick to judge and punish people who are deemed a nuisance to public order. My morals ‘are between me and my maker’ so to speak (not that I believe in a maker). As humans are inherently weak, I am sure that whomever is chosen to judge over any sort of ‘moral crime’ would be just as liable (if not more so) of said moral crimes.

Personally, I agree that while there are limits to free speech, those limits do not extend into the domain of morality. When we do that, we risk blurring the line that separates law and religion. I certainly would agree to making some provisional changes to the laws in order to extend their reach onto the Internet but I would be very careful about using them.

“We are all Cylons”