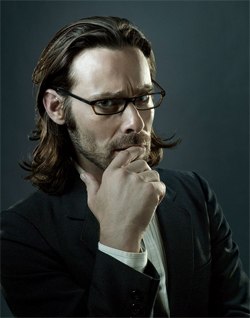 A news story appeared in TheStar today, regarding our government medical students who are studying overseas. The article goes on to describe the phenomenon where “medical students sent abroad to study on government scholarships, many costing more than a million ringgit each, are breaking their 10-year bond by refusing to return and serve in public hospitals.”

Since I’m not a medical student, I wouldn’t really know their motivations to do such a thing. But the article did bring up a few arguments that seem to indicate the sad perception on the part of our government. I shall try to explain:

Both these points raised by Human Capital Development division director Datin Madinah Mohamad, only show that the government is looking at things from a monetary viewpoint. If it was a pure question of money, I would expect less scholars to break their bond as not many people can actually afford to pay back that kind of money. Additionally, I also know for a fact that there are even local doctors who have not completed their compulsory government service because of various reasons.

While I do agree that pay is an important factor, anyone worth their salt will know that it’s not everything. Career progression and having a suitable environment to pursue interesting work is just as important, if not more so. That is why so many organisations are trying their best in creating a healthy work environment in order to retain people.

It is good that the government is trying to plug the stupid loophole, in the first place, asking the students to pay back only a fraction of their education cost. However, punishing future scholars by making them pay twice or thrice the sum, is an even stupider idea. Nobody should be ‘punished’ for trying to pursue a better future, which is the whole idea of getting an education in the first place.

Which is the reason why I think that the government does not quite have a handle on things. This whole idea of punishing people is just endemic of the wrong way of looking at things by our government. You can either choose to use the stick or the carrot. It becomes stupid to use the stick, when everyone else is using the carrot. The prime example is our neighbour, who dangles all kinds of carrots to attract our Malaysians over to the other side of the causeway.

Everyone realises that we are having a serious brain drain issue in our country. I hazard to guess that human capital may actually be one of our major exports. Goodness knows that a significantly large portion of the workforce, driving our neighbour’s economy, is Malaysian. I was recently told that there are 15,000 of our bankers working in Hong Kong. I won’t be surprised if the Malaysian diaspora working worldwide, numbered several hundred thousand.

I pointed out to a friend that to encourage scholars to work in Malaysia, the government had to look at more than just the monetary issue. Opportunities are much more important than money. My friend said that these scholars had a duty to go home and should not need to be encouraged at all instead. I disagree with that point of view as I do not believe that ‘forcing’ anyone to do anything is going to be a good thing for anybody. I doubt that anyone would want to be treated at a hospital by a doctor who was forced into the job.

It is true that they have a duty to the tax payer, but there are many other parameters that feed into the equation. If the conditions back home were promising, these scholars would naturally come home to serve. If the conditions back home are not, then these scholars would have to choose between their duty and self preservation. Unfortunately, nature has wired each of us for the latter and in the end, the carrot will win.

So, if the government wants to retain their own scholars, use the carrot, and I don’t mean money. Give these people the opportunity to do their work and do not drown them in senseless bureaucracy.

PS: Battlestar Galactica rocks! It has so many wise quotes that I have used in so many blogs.